The Effects of Smoking Marijuana

The Effects of Smoking Marijuana

Marijuana refers to the flower buds that blossom from the Cannabis sativa plant. The plant can be consumed in a number of ways for various purposes. There are medicinal and recreational benefits. However, the plant has earned its notability through people's desire to smoke it. As you can imagine, smoking marijuana induces a state of intoxication known as being "high." Unlike with drinking, being high promotes a passive state of being and is often done for medicinal or therapeutic reasons. The reasons vary on a wide scale, ranging from pain relief to helping you sleep better at night. With smoking marijuana widely becoming common practice, it is worth knowing how it's chemical properties affect the body.

To begin, tetrahydrocannabinol (THC), is the active ingredient in marijuana that induces the high feeling. Being high is often described as a euphoric state of relaxation. It is been said to be accompanied by inexplicable bouts of laughter, hunger and sleepiness. Studies have shown their is 30 times the THC content in the cannabis we smoke today compared to what it was in the 1970s. 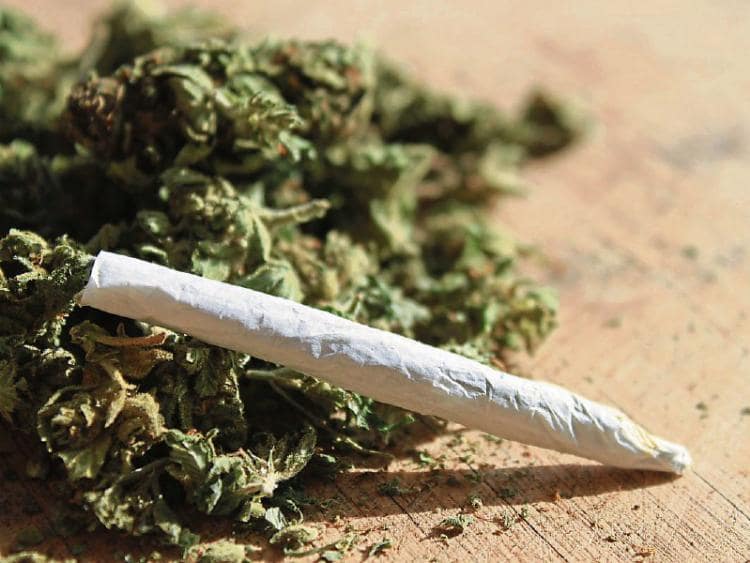 How We Consume Cannabis
It is reported that almost half the adult population in the U.S has at least tried marijuana once in their life. As well, statistics show 17 million people would have used marijuana in the last month.

The most common method of consumption is through smoking. When smoked, THC is inhaled through the lungs then absorbed into the bloodstream. It is smoked in all the same ways tobacco can be smoked. This includes in cigarette form, known as joints, cigar-style, or through pipes or bongs. THC can also be vaporized to forego inhaling smoke or other plant matter.

How marijuana affects the mind
The cannabinoids in marijuana attach to the pleasure centers of your brain. When these pleasure receptors are activated, dopamine is released into your body thus causing the euphoric feeling mentioned earlier. There are telling signs to indicate someone is high, but the experience is often differs depending on the person. Mood changes with relaxation being the most frequent. However some  people have reported lethargic feelings while others have experienced increased excitement. Altered sensory perception have also been known to happen. Some people may experience time moving slower, colors appearing more vivid, or noises being quieter or louder than what they actually are.

One's experience with being high varies from person to person. Regular cannabis users are said to have developed a tolerance to the THC so there highs are better regulated and leave less to the unknown. This means, as you become more of an experienced smoker, you come to know what is expected of your high. With that said, smoking more marijuana does not mean your high will necessarily change. Rather, it may only intensify the feelings you already experience while being high. Until you have built that tolerance, your mind might react in different ways depending on the strain or THC content.

Other factors that effect your experience with being high my include: how often you smoke, THC content in the strain, and type of bud you are smoking. For example, indicas are generally used as a night-time strain because they produce more of a relaxing body high while sativas are preferred in the morning for stimulation.

On a smaller scale, some users have reported experiencing negative effects like anxiety or paranoia. While marijuana has not proven to be addictive it's regular use may be habit forming.

How marijuana affects the body
As is the case with inhaling any kind of smoke, marijuana may cause respiratory issues like a daily cough or increased phlegm production. In rare cases it may increase the chance of contracting of acute illnesses like bronchitis or other lung infections.

Smoking marijuana can increase your heart rate by 20% upon initial use. As well, it is not suggested to use marijuana frequently if you are trying to conceive because it is known to lower sperm count or disrupt a menstrual cycle.

While marijuana itself is not known for causing any kind of chronic mental or physical health issue. Doctors may be reluctant to prescribe marijuana because of their reservations against inhaling smoke.

If you believe you are someone that can benefit from the effects of marijuana but do not want to necessarily smoke it, there are other options available. For example, vaporizing allows you to inhale the THC without having to burn the plant and inhale smoke into your lungs. As well, some people may opt into using edibles, which eliminates any smoking related issues all together. Others may use cannabis oil as a topical solution to ease pain associated with arthritis or inflammation.

Smoking marijuana has also been prescribed as a method to combat symptoms of chemo-therapy, aid in creating appetite for people with eating disorders or inducing relaxation from those suffering with anxiety or sleeping issues.

The Effects of Smoking Marijuana Discussions and Comments