It has always been contested whether or not marijuana can promote individual creativity. While some imagine to reach savant like levels with their respective craft, others claim to be reduced to nothing more than a helpless couch potato, unable to stomach anymore than a stick figure drawing or twinkle twinkle little star. In the case that marijuana does promote levels of deeper thinking or creativity, can we attribute this to the effects of THC? Or, is this simply a placebo effect? 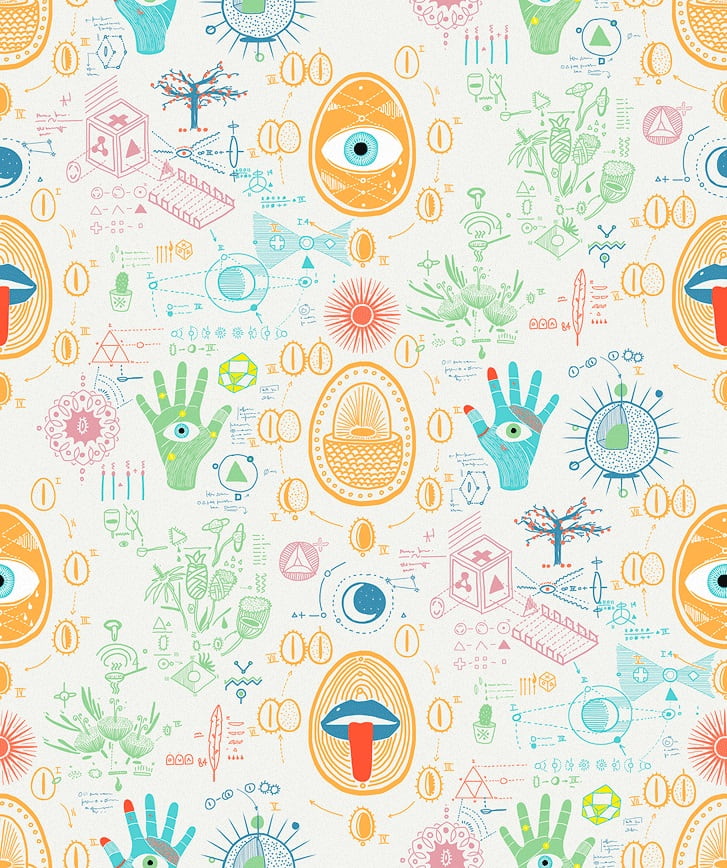 For a number of years now I've been using marijuana to help me get better sleep at night. While my intended use for it has seen it's benefits, I've felt underwhelmed with my desire to create meaningful art. It seems now that my I have become complacent and unaffected by my former muses. As time goes on I found it cathartic to research into marijuana and it's effects on the human brain.

For a number of years now I've been using marijuana to help me get better sleep at night. While my intended use for it has seen it's benefits, I've felt underwhelmed with my desire to create meaningful art. It seems now that my I have become complacent and unaffected by my former muses. As time goes on I found it cathartic to research into marijuana and it's effects on the human brain. The brain processes information by using cells called neurons. Neurons communicate with each other by passing chemicals called neurotransmitters. Neurons will either inhibit neurotransmitters from other neurons or excite them. When excited, information is passed. These phenomenon is quickly compounded and becomes multiple complex networks of information being passed, all through out the brain, in only fractions of a second. This happens every time you think, breath, or move.

Unlike alcohol, cannabis smoke contains molecules that would otherwise be naturally found in our body. THC, the main psychoactive property in cannabis, resembles a transmitter in the brain that helps regulate the rate of which neurons are firing off signals by making them unresponsive for a short period of time. This explains why we are able to think in a calm controlled manner. The alternative might also be an explanation to why thinking patterns become adverse and uncontrollable. THC interrupts this process in some parts of the brain. It might remove the "factory reset" period all together causing thinking patterns to be amplified. With that in mind, is it possible that over active thinking patterns in the brain can be responsible for promoting creative thought. At the risk of divulging too far in the philosophical aspect of the question, how do we determine what creativity actually is and how it is measured. I thought the best way to tackle this question is by looking at two different research studies and seeing how the questioned is answered my trained professionals.

For decades now studies have documented that marijuana facilitates one's ability to think creatively. Modern research now claims that over half of marijuana consumers report heighten levels of creativity and motivation

Although, to accept this sort of knowledge without asking my own questions or thinking critically about what I am reading. For example, studies done within the last couple years indicate a deficit in the appropriate variables necessary to consider when weighing cannabis use against one's propensity to nurture organic creativity. For example, what we should be taking factors like: frequency of use, THC content in the strain and the initial wiring of your brain. Research is suggesting frequent use of potent strains is counter acts one's ability to think creatively. However, it's important to know that one's individual capacity for creativity weighs heaviest in the equation.

High Doses Inhibit Divergent Thinking in Frequent Users
Too add to the complexity of the issue,  there is no universally accepted definition of creativity. Thus, making it difficult to conceive a standard for which it can be measured upon. To combat this we can look into measuring traditional modes of rationality that work to define creative thinking. First, divergent thinking. Divergent thinking is the ability to conceive multiple out comes to a single ambiguously defined factor. For example, you're having trouble getting your car to start one day. As someone with limited knowledge on automotive mechanics, you begin thinking about the possible issues that can be causing this problem.Second, convergent thinking, refers to your ability to find the best solution to well-defined problem. This could be compared to finding the quickest way to work. One mode of thinking helps you quantify possible solutions while the other narrows the best possible one.

THC works to increase the dopamine levels in your brain. This creates optimal conditions for divergent thinking to take place. This could also account for the spacey thoughts one might have when they are high. Alternatively pushing aside the desire to think convergently.

Dutch studies have shown a positive correlation between increased levels of THC and signs of divergent thinking, but only to an extent. It where 6 mg of 20% THC yielded increased signs of divergent thinking, any more worked to do the opposite. at 22 mg, the subject's score would fall below the average. From this they learned a little bit of cannabis increases creative thinking but too much can decrease the ability to non-sober levels.

This study in particular was aimed towards seasoned cannabis users. That is, those using marijuana at least four times a week. We can also surmise that the effects may be different on people who don't use marijuana as frequently. However, using frequent user test group is important for understanding the effects of marijuana today. While cannabis becomes increasingly accepted in modern society, we want to understand its long term affects in order to develop it's medical uses in the healthiest way possible.

The parameters of this experiment entails both groups, as defined by their capacity to engage in creative though, to be regular cannabis users. As well, participants were asked to use their own cannabis and engage in a thinking assessment high and again when they were sober.

What can we learn from these results? It seems the underlying themes to these findings propose one's level of creativity has to do with the strain and one' individual capacity to think creatively. We can see that in the dutch study high level (20%) THC promoted creative thought only until the dose was too large. Whereas the British study, using cannabis with a THC content of 10%, was able to yield positive results in individuals who were not traditionally "creative thinkers" It seems the answer to my initial question lies in use with moderation. As well, this is a principle that should be adopted when looking towards new avenues of research within the use of medical cannabis.