Marijuana Strain
Bred by Barney's Farm, 8 Ball Kush is a pure indica variety descended from a Afghani landrace strain. Like several other pot varieties that come from the Hindu Kush region, 8 Ball Kush produces large amounts of crystal resin that blanket the nuggets. Its fragrance is earthy spicy, so you might find its effects to be more cerebrally uplifting than the average indica. A tough and resilient plant, 8 Ball Kush features a 50 to 60 day growing period inside while outside gardens finish at the end of September.

When smoked or converted into an edible form, the flavor of the 8 Ball Kush strain is best described as Earthy, Pine, and Spicyherbal.

Not all 8 Ball Kush Seeds are made equal, and the genetics can depend heavily on the breeder. Below you can find a list of available breeders of 8 Ball Kush seeds to help identify which is the best for you. 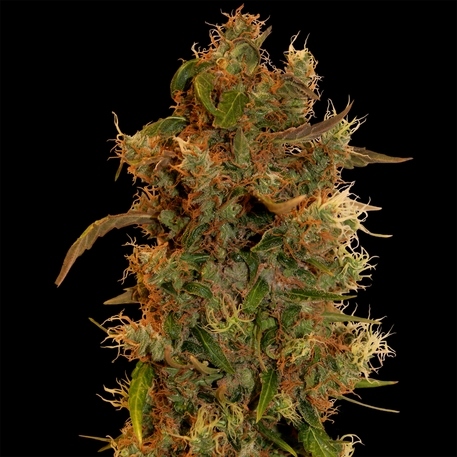 How to Breed 8 Ball Kush Seeds

There are no questions about smoking 8 Ball Kush marijuana. Ask one?

There are no questions about smoking the 8 Ball Kush strain. Ask one?

There are no pictures of the 8 Ball Kush marijuana strain. Share one?