Marijuana Strain
Don't let its intense name fool you: AK-47 will leave you relaxed and mellow. This sativa-dominant hybrid provides a steady and long-lasting transcending buzz that keeps you mentally alert and engaged in creative or social interaction. AK-47 combines Colombian, Mexican, Thai, and Afghani varieties, bringing with each other an elaborate combination of flavors and effects. While AK-47's odor is sour and earthy, its sweet floral flavors can only be completely realized in the taste. Created in 1992 by Serious Seeds, AK-47 has won multiple Pot Cup awards around the world for its soaring THC content. For those aiming to fill their gardens with this resinous, skunky hybrid, growers suggest an inside environment with either soil or hydroponic setups. AK-47 is easy to grow and carries a short inside growing period of just 53 to 63 days, while outside ferns usually finish toward the end of October.

When to Harvest AK-47 ‐ Flowering Time

The AK-47 marijuana strain has a quick flowering time in comparison to other marijuana strains. You can expect it to flower within just 6 to 8 weeks. Capable of producing upo to 3 to 6 oz per square foot, AK-47 is considered a high-yielding strain ideal, and great for seasonal growers.

When smoked or converted into an edible form, the flavor of the AK-47 strain is best described as Earthy, Woody, and Skunk.

Not all AK-47 Seeds are made equal, and the genetics can depend heavily on the breeder. Below you can find a list of available breeders of AK-47 seeds to help identify which is the best for you. 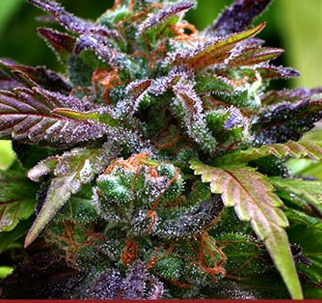 How to Breed AK-47 Seeds

Below you can find a list of strains that are parents and predecessors which led to the medicinal effects and properties of the AK-47 cannabis strain. It was through the breeding of these strains which led to the production of AK-47 marijuana seeds, while attempting to cultivate their combined effects and therapeutic properties. To breed your own AK-47 seeds, you would need to cultivate a mixture of the following strains:

Ancestry and DNA - Children of the AK-47 Strain

Below you can find a list of strains which were bred from AK-47 in an attempt to leverge it's medicinal properties and growing attributes.

Elvis is a hybrid creation by Seedism that mixes AK-47 accompanied by a s..

Bootlegger is the long awaited offspring of of AK-47 and Gupta Kush. The ..

Because the name suggests, Blueberry AK is a hybrid strain that mixes the..

There are no questions about smoking AK-47 marijuana. Ask one?

There are no questions about smoking the AK-47 strain. Ask one?

There are no pictures of the AK-47 marijuana strain. Share one?