Apollo 11 is a powerful hybrid marijuana strain with powerful transcending effects that might just have your head feeling like it's creating a moon landing. It's another strain bred by breeders Brothers Grimm and is the half-sister to another heady sativa, Apollo 13. Apollo 11 also has Genius (a Jack Herer phenotype) as a mother, however was crossed with Cinderella 99 to make this inspiring strain. This Apollo shares the family member trait of an especially fast growing period, generally before 8 weeks. There really is some variety among flowers, although overall they'll stay shorter and develop many branches and bud sites. The resinous ferns will have a powerful, sharp citrus fragrance along with a slightly subtler lemon taste profile. Efficient for treating stress and moderate pain, for a couple hours this cannabis strain will give you a first-class trip out of this world.

Are you growing the Apollo 11 strain? Record it on your Grow Diary!

When to Harvest Apollo 11 ‐ Flowering Time

Apollo 11 can flower in as little as 6 weeks, much faster than many other marijuana strains. The Apollo 11 strain is a smaller plant, and will grow on average, up to 30 inches tall.

When smoked or converted into an edible form, the flavor of the Apollo 11 strain is best described as Pine, Citrus, and Pungent.

Not all Apollo 11 Seeds are made equal, and the genetics can depend heavily on the breeder. Below you can find a list of available breeders of Apollo 11 seeds to help identify which is the best for you. 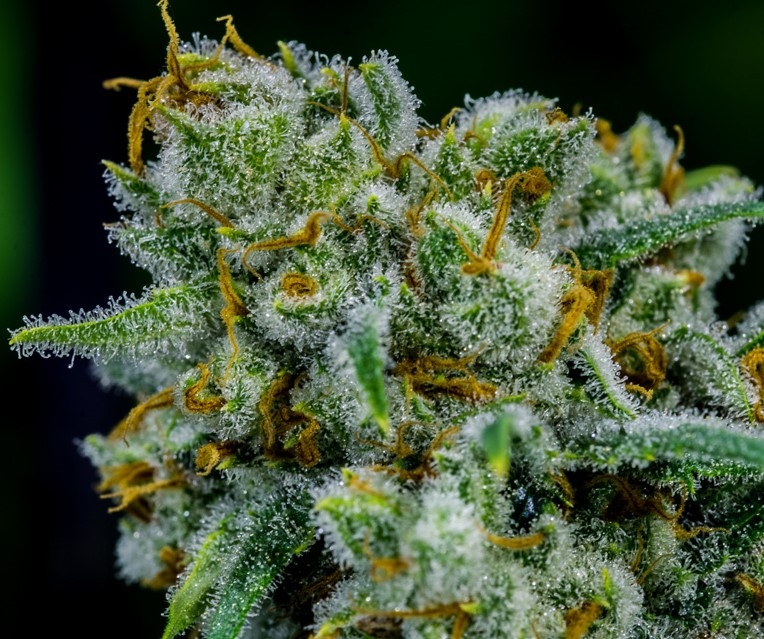 How to Breed Apollo 11 Seeds

Below you can find a list of strains that are parents and predecessors which led to the medicinal effects and properties of the Apollo 11 cannabis strain. It was through the breeding of these strains which led to the production of Apollo 11 marijuana seeds, while attempting to cultivate their combined effects and therapeutic properties. To breed your own Apollo 11 seeds, you would need to cultivate a mixture of the following strains:

Ancestry and DNA - Children of the Apollo 11 Strain

Below you can find a list of strains which were bred from Apollo 11 in an attempt to leverge it's medicinal properties and growing attributes.

Bodhi Seeds crossed the Genius phenotype of Apollo 11 with Appalachia to ..

Tigermelon is a mysterious strain of unknown origin that has been used by..

This creatively bred strain was thought as a tribute to three wonderful s..

There are no questions about smoking the Apollo 11 strain. Ask one?

There are no pictures of the Apollo 11 marijuana strain. Share one?

what is the best nutrients for this plant please help!
0 0

I want big nice crystals and a good grow.


what is the best nutrients for this plant please help!

I want big nice crystals and a good grow.