Marijuana Strain
A cousin to the predominantly indica Big Bud pot strain from Amsterdam, BC Big Bud is a mostly sativa hybrid with powerful transcending effects. This fruity, citrus-smelling strain hailing from British Columbia provides an even mixture cross between indica and sativa sensations and also relief to pain and upset stomach. As its name suggests, BC Big Bud ferns produce colossal yields right after its 8 to 9 week flowering period that have both growers and users swooning.

When to Harvest BC Big Bud ‐ Flowering Time

BC Big Bud can flower in as little as 6 weeks, much faster than many other marijuana strains.

When smoked or converted into an edible form, the flavor of the BC Big Bud strain is best described as Pungent, Earthy, and Skunk.

BC Big Bud Strain Medicinal Benefits and Side Effects

Buying BC Big Bud Seeds - Which Breeder to Choose

Not all BC Big Bud Seeds are made equal, and the genetics can depend heavily on the breeder. Below you can find a list of available breeders of BC Big Bud seeds to help identify which is the best for you. 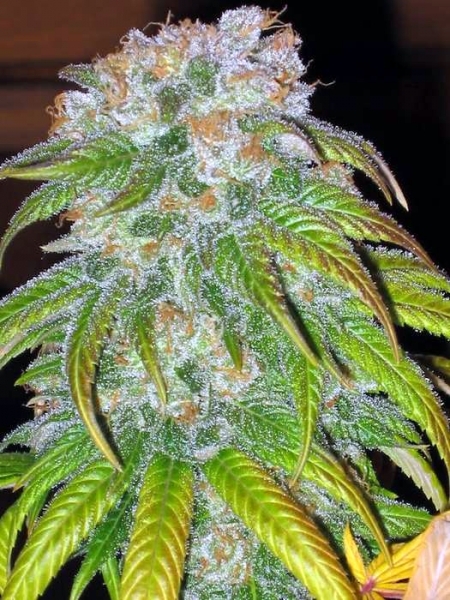 BC Big Bud by BC Bud Depot

How to Breed BC Big Bud Seeds

Below you can find a list of strains that are parents and predecessors which led to the medicinal effects and properties of the BC Big Bud cannabis strain. It was through the breeding of these strains which led to the production of BC Big Bud marijuana seeds, while attempting to cultivate their combined effects and therapeutic properties. To breed your own BC Big Bud seeds, you would need to cultivate a mixture of the following strains:

Ancestry and DNA - Children of the BC Big Bud Strain

Below you can find a list of strains which were bred from BC Big Bud in an attempt to leverge it's medicinal properties and growing attributes.

Big Mac by Federation Seeds is a predominantly indica strain with unique ..

Sojay Haze by Cresco Labs is a potent sativa with stimulating characteris..

There are no questions about smoking the BC Big Bud strain. Ask one?

Pictures of BC Big Bud

There are no pictures of the BC Big Bud marijuana strain. Share one?

Growing Questions about BC Big Bud