Marijuana Strain
Black Russian is a 80/20 indica-dominant strain created by Tasty Seeds, who created this cannabis strain by crossing a Black Domina mother with White Russian. Flavors of mango and citrus collide with lemon candy to prepare design a medley of sweet tropical aromas that burst from Black Russian's compact nuggets. This indica is known for her strength and tolerance, making Black Russian the best choice for either consumers looking for long-lasting indicator relief or anyone in need of deep relaxation of both mind and body.

When smoked or converted into an edible form, the flavor of the Black Russian strain is best described as Citrus, Sweet, and Lime.

Not all Black Russian Seeds are made equal, and the genetics can depend heavily on the breeder. Below you can find a list of available breeders of Black Russian seeds to help identify which is the best for you. 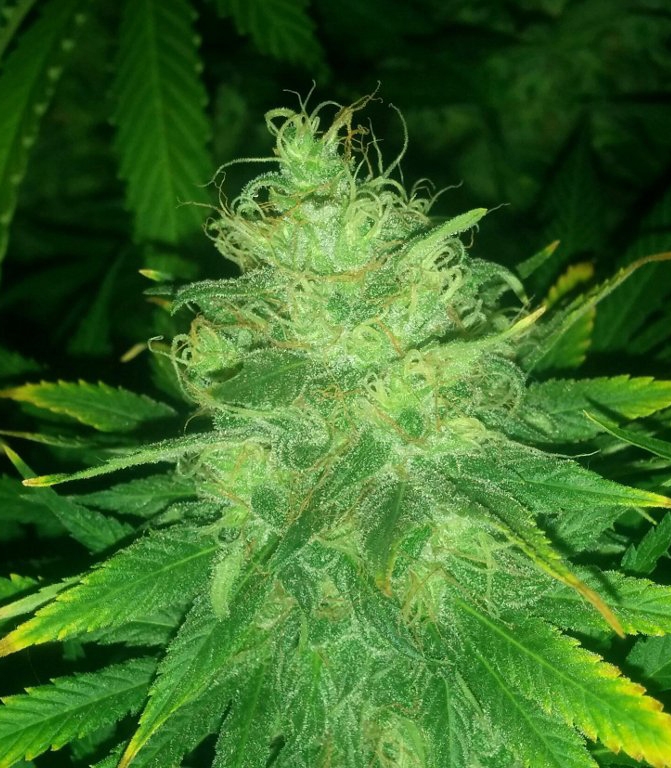 How to Breed Black Russian Seeds

Lineage As far as the White Russian's lineage is concerned, there are so..

Ancestry and DNA - Children of the Black Russian Strain

Below you can find a list of strains which were bred from Black Russian in an attempt to leverge it's medicinal properties and growing attributes.

Named for the initial man-made satellite launched into orbit, Sputnik is ..

Black Bubba is a indica-dominant cross of Bubba Kush and Black Russian. T..

There are no questions about smoking Black Russian marijuana. Ask one?

There are no questions about smoking the Black Russian strain. Ask one?

There are no pictures of the Black Russian marijuana strain. Share one?