Marijuana Strain
This mostly indica strain is a mix of Afghani and Blackberry strains and has pretty dark purple nuggets with orange hairs. Ferns will flower at 7-8 weeks and tend to be not particularly high yielders, nevertheless the thick, hard nugs have crystals during. Blackberry Kush tends to have a hashy, jet fuel smell and taste that is sensible by sweet berries. Blackberry Kush is often offered for the treatment of pain thanks to its powerful indica body effects.

When smoked or converted into an edible form, the flavor of the Blackberry Kush strain is best described as Berry, Sweet, and Earthy.

Not all Blackberry Kush Seeds are made equal, and the genetics can depend heavily on the breeder. Below you can find a list of available breeders of Blackberry Kush seeds to help identify which is the best for you. 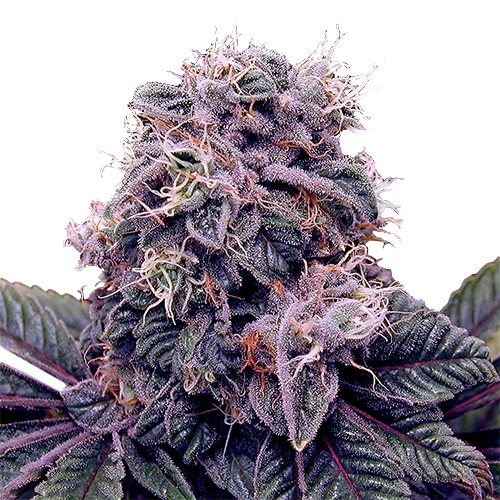 How to Breed Blackberry Kush Seeds

Ancestry and DNA - Children of the Blackberry Kush Strain

Below you can find a list of strains which were bred from Blackberry Kush in an attempt to leverge it's medicinal properties and growing attributes.

Blackberry Hashplant is an indica strain that's a harmony of Blackberry K..

Chocolate Hashberry is a fragrant strain with excellent effects and prett..

Blackberry Trainwreck, or Blackberry Wreck, is a hybrid strain parented b..

Blackberry Cobbler is a lustrous flower with orange and red stigma knotte..

Blackberry Fire by Purple Caper Seeds is a fuel-flavored cross of Blackbe..

There are no questions about smoking Blackberry Kush marijuana. Ask one?

There are no questions about smoking the Blackberry Kush strain. Ask one?

There are no pictures of the Blackberry Kush marijuana strain. Share one?