Marijuana Strain
Chemmy Jones by Connoisseur Dna is a hybrid strain that unites dna from Chemdawg D and Casey Jones. Inspiring and revitalizing, Chemmy Jones manages to induce a functional, high-energy buzz that permits you to stay efficient. Diesel flavors tend to be counterbalanced by a floral sweetness, inviting the senses before you even indulge in the invigorating effects this predominantly sativa strain has to offer.

In 6 to 8 weeks, you can expect to see the Chemmy Jones marijuana strain beginning to flower.

When smoked or converted into an edible form, the flavor of the Chemmy Jones strain is best described as Earthy, Sweet, and Diesel.

Not all Chemmy Jones Seeds are made equal, and the genetics can depend heavily on the breeder. Below you can find a list of available breeders of Chemmy Jones seeds to help identify which is the best for you. 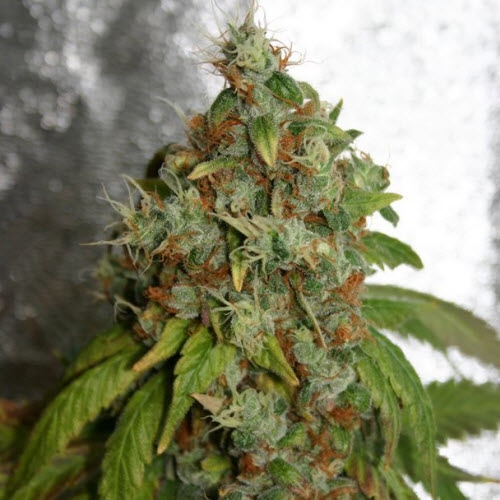 How to Breed Chemmy Jones Seeds

Choo choo! Casey Jones is coming down the track! Casey was a well known e..

There are no questions about smoking Chemmy Jones marijuana. Ask one?

There are no questions about smoking the Chemmy Jones strain. Ask one?

There are no pictures of the Chemmy Jones marijuana strain. Share one?