Marijuana Strain
Cherry Pie's predecessors tend to be Granddaddy Purple and Durban Poison. With nuggets that tend to be thick and full of orange hairs and also a touch purple, this marijuana strain emits an odor of sweet and sour cherry pie. The effects have been understood to come on in minutes and stick around for a couple hours.

When smoked or converted into an edible form, the flavor of the Cherry Pie strain is best described as Berry, Sweet, and Earthy.

Not all Cherry Pie Seeds are made equal, and the genetics can depend heavily on the breeder. Below you can find a list of available breeders of Cherry Pie seeds to help identify which is the best for you. 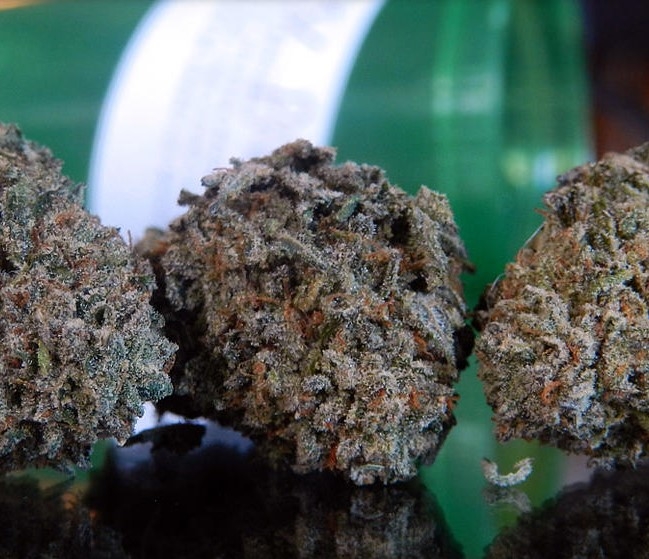 How to Breed Cherry Pie Seeds

Below you can find a list of strains that are parents and predecessors which led to the medicinal effects and properties of the Cherry Pie cannabis strain. It was through the breeding of these strains which led to the production of Cherry Pie marijuana seeds, while attempting to cultivate their combined effects and therapeutic properties. To breed your own Cherry Pie seeds, you would need to cultivate a mixture of the following strains:

Ancestry and DNA - Children of the Cherry Pie Strain

Below you can find a list of strains which were bred from Cherry Pie in an attempt to leverge it's medicinal properties and growing attributes.

Engineered by Cultivating Passion, Lemonchello 28 is a well-balanced hybr..

Cherry Fire is a powerful combination of Cherry Pie and Fire OG dna. This..

Engineered by Scapegoat Dna and TSL Farms, G.O.A.T. Is a hybrid strain th..

Funfetti is a 60/40 indica-dominant hybrid that mixes Cherry Pie accompan..

There are no questions about smoking the Cherry Pie strain. Ask one?

There are no pictures of the Cherry Pie marijuana strain. Share one?

When should I harvest My Cherry Pie Strain Flowers?
0 0

Growing here in So. Cal. Plants have been flowering for around 6 weeks now and look really nice. How ..


When should I harvest My Cherry Pie Strain Flowers?

Growing here in So. Cal. Plants have been flowering for around 6 weeks now and look really nice. How long do I let the flowering stage last before I pull the plant and dry somewhat upside down for maximum THC? And, how long should I let them finish the final upside down curing phase?