Marijuana Strain
Crazy Miss Hyde is a surprisingly sensible hybrid given her name. She's a lively blend spin-off of the stimulating, sativa-dominant Belladona and the powerhouse indica Northern Lights. The nuggets deliver a powerful blend of earthy flavors like menthol and chocolate accompanied by a tastey vanilla influence. The effects are usually focused in the head, with thought provoking stimulation and creativity that can border on anxiety whenever over-consumed. With the correct dosing the indica influence levels out the effects of Crazy Miss Hyde and produces a calming sense of euphoria.

When smoked or converted into an edible form, the flavor of the Crazy Miss Hyde strain is best described as Sweet, Earthy, and Citrus.

Not all Crazy Miss Hyde Seeds are made equal, and the genetics can depend heavily on the breeder. Below you can find a list of available breeders of Crazy Miss Hyde seeds to help identify which is the best for you. 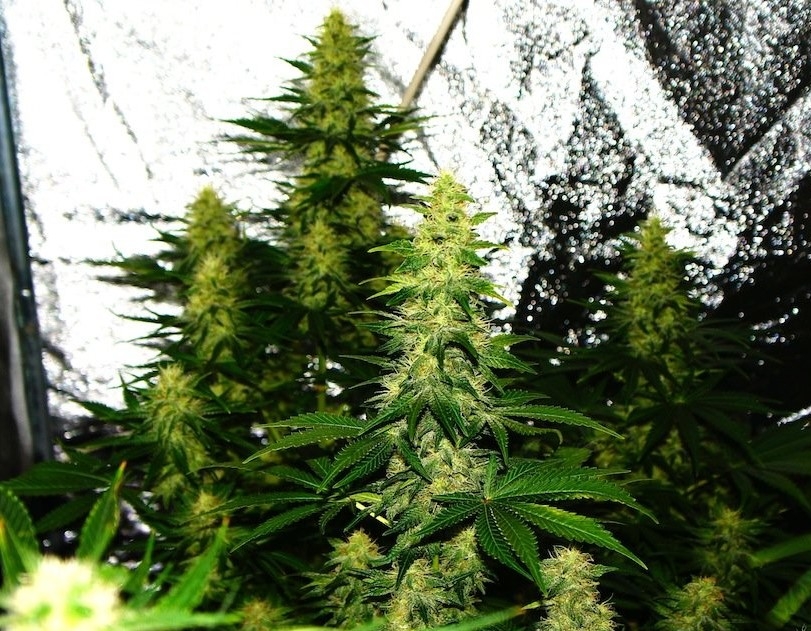 There are no questions about smoking Crazy Miss Hyde marijuana. Ask one?

There are no questions about smoking the Crazy Miss Hyde strain. Ask one?

There are no pictures of the Crazy Miss Hyde marijuana strain. Share one?