Marijuana Strain
A modern West Coast classic, Deadhead OG was developed by master breeder Skunk VA of Cali Connection Seeds by crossing two already legendary strains, Chemdawg 91 and the SFV OG Kush. Referred to as a very hearty and pungent strain, many phenotypes present an earthy, piney smell and taste, though some can lean more to the diesel aromas of the SFV. As a cross of two very strong strains, Deadhead OG routinely reaches levels of thc over 20%. Many consumers describe the high as transcending and uplifting although accompanied by a relaxed body feel.

Deadhead OG can flower in as little as 6 weeks, much faster than many other marijuana strains.

When smoked or converted into an edible form, the flavor of the Deadhead OG strain is best described as Earthy, Pungent, and Pine.

Not all Deadhead OG Seeds are made equal, and the genetics can depend heavily on the breeder. Below you can find a list of available breeders of Deadhead OG seeds to help identify which is the best for you. 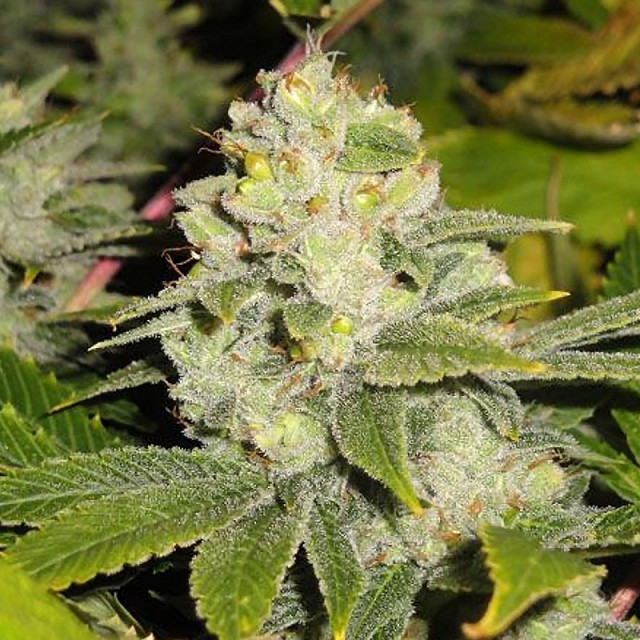 Deadhead OG by The Cali Connection

How to Breed Deadhead OG Seeds

Ancestry and DNA - Children of the Deadhead OG Strain

Below you can find a list of strains which were bred from Deadhead OG in an attempt to leverge it's medicinal properties and growing attributes.

Imperial Dna was bred by the breeders who originally brought the OG Kush ..

Lemon Marmalade is a powerful hybrid from Washington State, cultivated by..

Zeus OG is a hybrid spin-off of Pineapple OG and Deadhead OG cultivated b..

Though this hybrid has some sativa in its lineage, Royal Chemdog is a tru..

There are no questions about smoking Deadhead OG marijuana. Ask one?

There are no questions about smoking the Deadhead OG strain. Ask one?

There are no pictures of the Deadhead OG marijuana strain. Share one?