Marijuana Strain
Originally from the well known Cookie Fam of the Bay Area, Gelato is a spin-off of Sunset Sherbet and Thin Mint GSC. Since its birth, a couple of characteristics have been released, all with their own unique characteristics. One of those is Gelato #33, a well-rounded hybrid with compact nuggets, staying true to its Cookie dna. Like other Gelato characteristics, Gelato #33 is covered with fiery orange hairs while its nuggets can be dark green to purple. With sweet citrus and fruity flavors, Gelato #33 offers a stimulating and energetic high that is brilliant ideal for any post-work activity right after a long day.

When smoked or converted into an edible form, the flavor of the Gelato #33 strain is best described as Citrus, Earthy, and Sweet.

Not all Gelato #33 Seeds are made equal, and the genetics can depend heavily on the breeder. Below you can find a list of available breeders of Gelato #33 seeds to help identify which is the best for you. 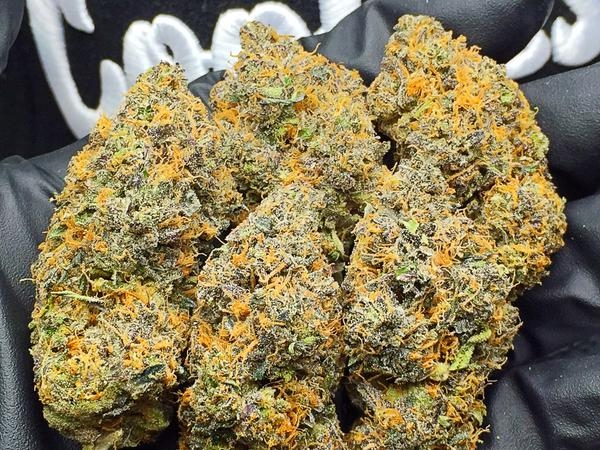 How to Breed Gelato #33 Seeds

Below you can find a list of strains that are parents and predecessors which led to the medicinal effects and properties of the Gelato #33 cannabis strain. It was through the breeding of these strains which led to the production of Gelato #33 marijuana seeds, while attempting to cultivate their combined effects and therapeutic properties. To breed your own Gelato #33 seeds, you would need to cultivate a mixture of the following strains:

There are no pictures of the Gelato #33 marijuana strain. Share one?

when to change light schedule
0 0

what is the difficulty growing Gelato
0 0

I'm growing from seed just put them into flower

Questions Smokers have about Gelato #33

if i grow several plants and plan to smoke it all myself, ugh?


is the taste so strong, I will tire of the taste?

if i grow several plants and plan to smoke it all myself, ugh?


when to change light schedule


what is the difficulty growing Gelato

I'm growing from seed just put them into flower