Marijuana Strain
Grease Monkey is a tastey, earthy strain with potent skunky overtones. Developed by Exotic Genetix, Grease Monkey is a cross of GG4 x Cookies and Cream. This strain's predominantly indica dna saddle the consumer accompanied by a lazy, munchie-fueled body buzz that may soften the blow of chronic pain, upset stomachs, and stress. While defined as a hybrid, this Grease Monkey's deep relaxation will certainly lead some users toward sleep, so mind your dosage.

When smoked or converted into an edible form, the flavor of the Grease Monkey strain is best described as Earthy, Pungent, and Diesel.

Not all Grease Monkey Seeds are made equal, and the genetics can depend heavily on the breeder. Below you can find a list of available breeders of Grease Monkey seeds to help identify which is the best for you. 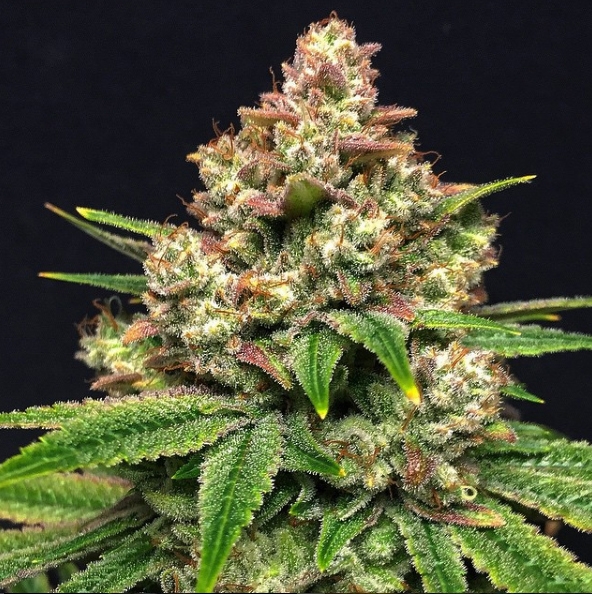 Ancestry and DNA - Children of the Grease Monkey Strain

Below you can find a list of strains which were bred from Grease Monkey in an attempt to leverge it's medicinal properties and growing attributes.

Donkey Butter by Exotic Genetix is a vivid naming of a pungent phenotype...

Cultivated by Certified Portland, Monkey Bread #1 is a predominantly indi..

Berries & Crème, developed by Certified Portland, is a predomi..

There are no questions about smoking the Grease Monkey strain. Ask one?

There are no pictures of the Grease Monkey marijuana strain. Share one?

I got a clone of grease monkey and the leaves are not dark green there light green with some purple mar..