Marijuana Strain
Kandy Kush is a preference of Genetics Dna Reserva Privada line that mixes two California classics, OG Kush (thought to be the “Christopher Wallace” cut) and Trainwreck, to prepare an appetizing predominantly indica hybrid however sativa characteristics displaying more of the Trainwreck structure have been noted). Like the name suggests, the taste profile is sweet like candy accompanied by a powerful lemon-Kush odor. Very popular with therapeutic growers, Kandy Kush offers a powerful indica high with pronounced pain relief.

When smoked or converted into an edible form, the flavor of the Kandy Kush strain is best described as Sweet, Flowery, and Earthy.

Not all Kandy Kush Seeds are made equal, and the genetics can depend heavily on the breeder. Below you can find a list of available breeders of Kandy Kush seeds to help identify which is the best for you. 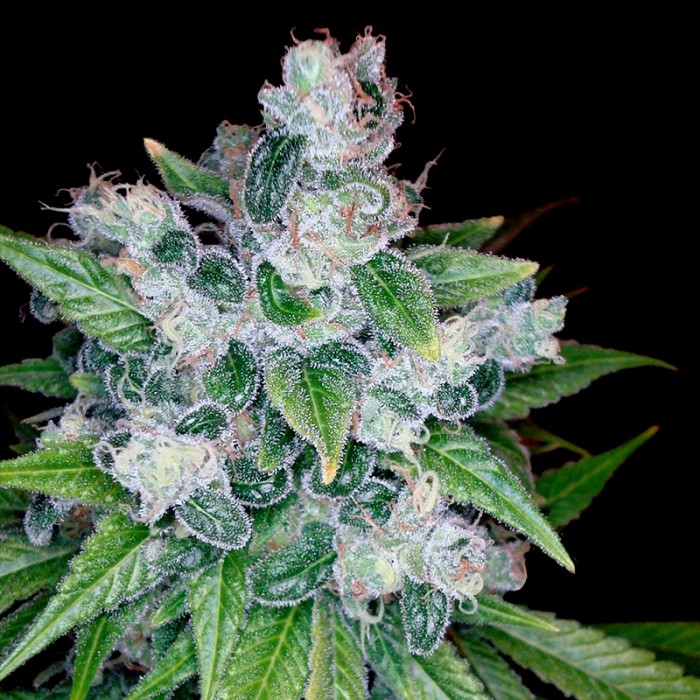 How to Breed Kandy Kush Seeds

Below you can find a list of strains that are parents and predecessors which led to the medicinal effects and properties of the Kandy Kush cannabis strain. It was through the breeding of these strains which led to the production of Kandy Kush marijuana seeds, while attempting to cultivate their combined effects and therapeutic properties. To breed your own Kandy Kush seeds, you would need to cultivate a mixture of the following strains:

Ancestry and DNA - Children of the Kandy Kush Strain

Below you can find a list of strains which were bred from Kandy Kush in an attempt to leverge it's medicinal properties and growing attributes.

From the collaborative endeavors of CBD Crew and Dutch Passion comes CBD ..

There are no questions about smoking the Kandy Kush strain. Ask one?

There are no pictures of the Kandy Kush marijuana strain. Share one?

Is there any available feeding charts/schedule for KandyKush? Perhaps some people who’ve used fertilizers from Bio Bizz?
0 0

I’m asking because of my great interest in growing, I’m 27 days into flower for my KandyKush at the..


Is there any available feeding charts/schedule for KandyKush? Perhaps some people who’ve used fertilizers from Bio Bizz?

I’m asking because of my great interest in growing, I’m 27 days into flower for my KandyKush at the moment.