Marijuana Strain
Kilimanjaro is a pure sativa landrace from the mountain slopes of Tanzania, where it was originally cultivated for use in hunting and religious practice by the native population. Tribes commonly referred to this cannabis strain because the “elephant stomper” and utilized it for its energetic, hyper effects. Its scent carries flavors of lemony citrus and fruit, and Kilimanjaro's tall growth makes it best for outside or greenhouse gardens.

When to Harvest Kilimanjaro ‐ Flowering Time

When smoked or converted into an edible form, the flavor of the Kilimanjaro strain is best described as Earthy, Flowery, and Woody.

Not all Kilimanjaro Seeds are made equal, and the genetics can depend heavily on the breeder. Below you can find a list of available breeders of Kilimanjaro seeds to help identify which is the best for you. 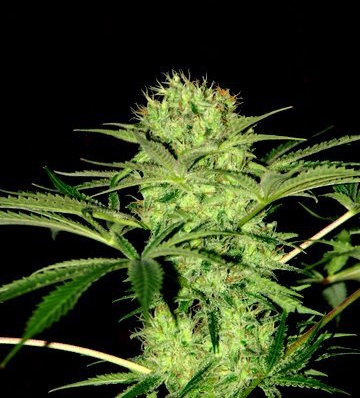 Kilimanjaro by World of Seeds

How to Breed Kilimanjaro Seeds

There are no questions about smoking the Kilimanjaro strain. Ask one?

There are no pictures of the Kilimanjaro marijuana strain. Share one?

My plant is getting huge but no buds yet
0 0


My plant is getting huge but no buds yet