Marijuana Strain
From Rare Dankness Seeds comes Rare Darkness, a spin-off of the prized dna of Rare Dankness #1 and the sweet taste profile of Grape Ape. The plants tend to be known for being a deep purple and having a heavy coating of trichomes. The taste profile is best compared to fresh grapes or berries, and the indica influence will leave you uplifted however relaxed. Rare Darkness might be just the strain to assist you get to sleep at night or to fight off migraines and migraines.

When smoked or converted into an edible form, the flavor of the Rare Darkness strain is best described as Earthy, Grape, and Berry.

Not all Rare Darkness Seeds are made equal, and the genetics can depend heavily on the breeder. Below you can find a list of available breeders of Rare Darkness seeds to help identify which is the best for you. 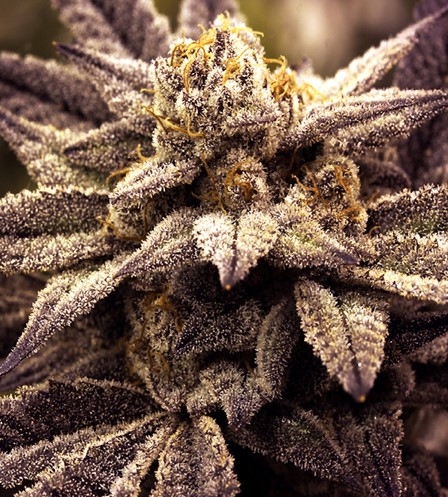 How to Breed Rare Darkness Seeds

Grape Ape, propagated by Apothecary Dna and Barney's Farm, is a mostly in..

Ancestry and DNA - Children of the Rare Darkness Strain

Below you can find a list of strains which were bred from Rare Darkness in an attempt to leverge it's medicinal properties and growing attributes.

Night Terror OG is what you get while you combine Blue Dream with Rare Da..

There are no questions about smoking Rare Darkness marijuana. Ask one?

There are no questions about smoking the Rare Darkness strain. Ask one?

There are no pictures of the Rare Darkness marijuana strain. Share one?