Marijuana Strain
Rug Burn OG took 3rd place for hybrids at the 2012 High Times Weed Cup. By crossing Ghost OG with Rare Dankness #1, Rare Dankness Seeds has compiled a pungent taste profile mix of sour citrus and undertones of diesel that sting the senses. Though listed as a indica-leaning hybrid, Rug Burn provides a stimulating effect that helped it make its way onto

Rug Burn OG can flower in as little as 6 weeks, much faster than many other marijuana strains.

When smoked or converted into an edible form, the flavor of the Rug Burn OG strain is best described as Citrus, Diesel, and Sweet.

Not all Rug Burn OG Seeds are made equal, and the genetics can depend heavily on the breeder. Below you can find a list of available breeders of Rug Burn OG seeds to help identify which is the best for you. 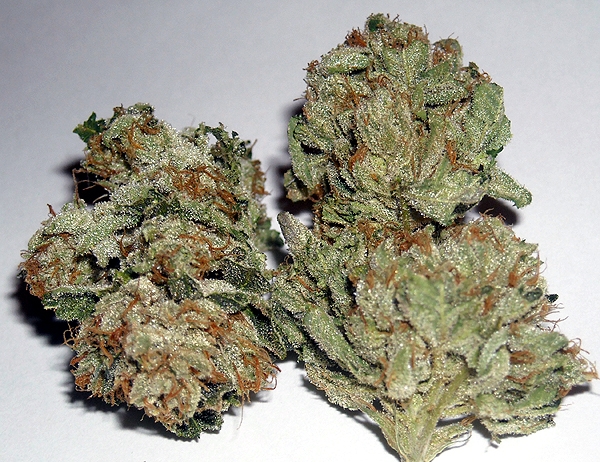 Ancestry and DNA - Children of the Rug Burn OG Strain

Below you can find a list of strains which were bred from Rug Burn OG in an attempt to leverge it's medicinal properties and growing attributes.

Sunburn Cannabis Strain is an inspiring, strong, and high-yielding sativa..

Secret Garden OG is a Colorado Seed Inc. masterpiece. This OG strain is i..

Kush Rise by Colorado Seed Inc. is an odoriferous combination of tropical..

Darkside OG is a heavy-hitting Kush combo from Colorado Seed Inc. With th..

Smooth Operator is an ideal cut for patients looking for mental alertness..

There are no questions about smoking Rug Burn OG marijuana. Ask one?

There are no questions about smoking the Rug Burn OG strain. Ask one?

There are no pictures of the Rug Burn OG marijuana strain. Share one?