Marijuana Strain
Sensi Star by Paradise Seeds is a legendary indica strain that is renowned worldwide for its potent full-body effects and subtle transcending invigoration. Crystal trichomes sparkle like a constellation of stars against this indica's dark green and purple appearance, reflecting a power worthy of placement in the 1999, 2000, and 2005 High Times Weed Cups. Her stunning results at maturation have also won the hearts of growers who cultivate both inside and out in either hydroponic or soil methods.

In 6 to 8 weeks, you can expect to see the Sensi Star marijuana strain beginning to flower. Often never growing taller than 30 inches, the Sensi Star strain is consistently smaller than average.

When smoked or converted into an edible form, the flavor of the Sensi Star strain is best described as Earthy, Citrus, and Sweet.

Not all Sensi Star Seeds are made equal, and the genetics can depend heavily on the breeder. Below you can find a list of available breeders of Sensi Star seeds to help identify which is the best for you. 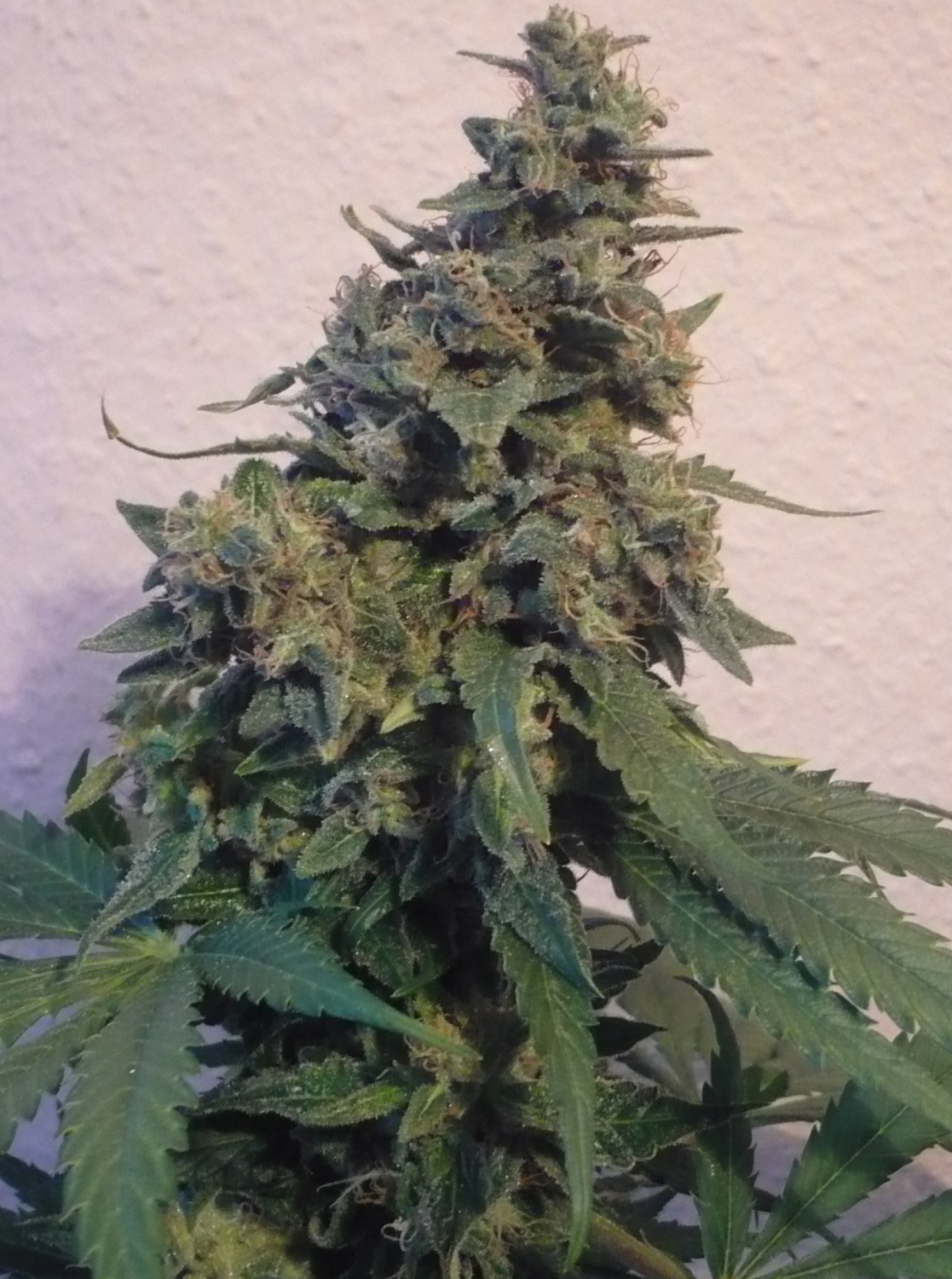 Ancestry and DNA - Children of the Sensi Star Strain

Below you can find a list of strains which were bred from Sensi Star in an attempt to leverge it's medicinal properties and growing attributes.

Stevie Wonder is a predominantly sativa hybrid named after the well known..

Star 47 sounds like a cosmological address, although it's actually the co..

Sugar Cookie is a pacifying indica-dominant hybrid with a fragrant sweetn..

Gorilla Biscuit by Seeds of Compassion is a predominantly indica cut bred..

There are no questions about smoking Sensi Star marijuana. Ask one?

There are no questions about smoking the Sensi Star strain. Ask one?

There are no pictures of the Sensi Star marijuana strain. Share one?