Expect to pucker up, because this marijuana strain will send your tastebuds a-tinglin'. Bright green in color accompanied by a distinct sour apple candy odor, Sour Apple lives up to its name. You won't get a sugar rush from this cannabis strain, yet, nevertheless it can leave you stuck on the couch. This predominantly indica hybrid is beneficial for right after work or on a lazy afternoon. A spin-off of Sour Diesel and Cinderella 99, Sour Apple at its best is especially strong and full-bodied. Try this strain of marijuana if you're looking to relax and ease stress.

Are you growing the Sour Apple strain? Record it on your Grow Diary!

In 6 to 8 weeks, you can expect to see the Sour Apple marijuana strain beginning to flower.

When smoked or converted into an edible form, the flavor of the Sour Apple strain is best described as Apple, Sweet, and Citrus.

Not all Sour Apple Seeds are made equal, and the genetics can depend heavily on the breeder. Below you can find a list of available breeders of Sour Apple seeds to help identify which is the best for you. 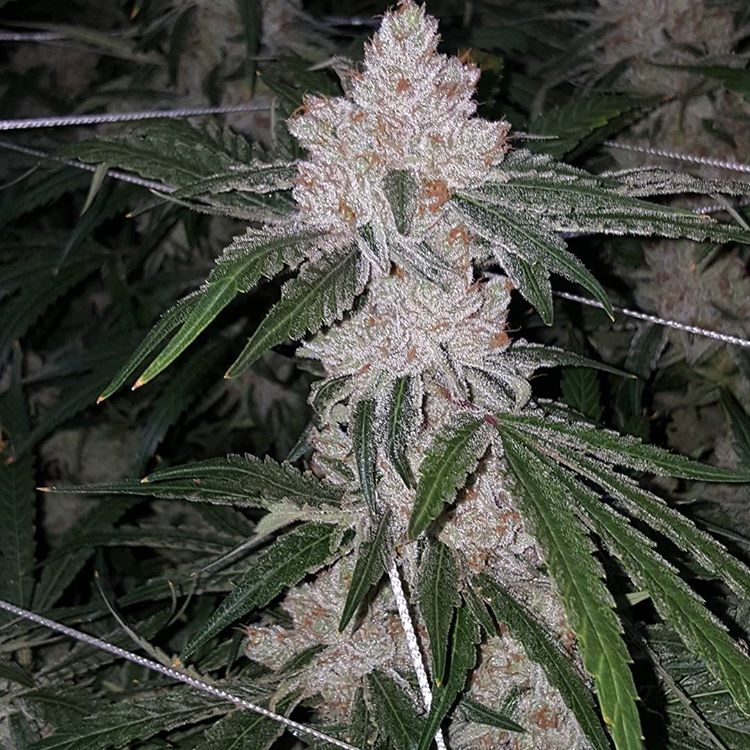 How to Breed Sour Apple Seeds

Below you can find a list of strains that are parents and predecessors which led to the medicinal effects and properties of the Sour Apple cannabis strain. It was through the breeding of these strains which led to the production of Sour Apple marijuana seeds, while attempting to cultivate their combined effects and therapeutic properties. To breed your own Sour Apple seeds, you would need to cultivate a mixture of the following strains:

Ancestry and DNA - Children of the Sour Apple Strain

Below you can find a list of strains which were bred from Sour Apple in an attempt to leverge it's medicinal properties and growing attributes.

Alien Sour Apple is a sativa-dominant hybrid that combines the dna of Ali..

There are no questions about smoking Sour Apple marijuana. Ask one?

There are no questions about smoking the Sour Apple strain. Ask one?

There are no pictures of the Sour Apple marijuana strain. Share one?