Marijuana Strain
Sour Bubble is a indica created by B.O.G. Seeds parented solely by BOG Bubble. These sticky nuggets provide a tastey, fruity odor with diesel undertones, and deliver soothing, inspiring effects. Sour Bubble is useful for treating pain, insomnia, muscle spasms, anxiety, and upset stomachs. Indoors or outside grows tend to be offered for intermediate growers, who can expect moderate grows accompanied by a growing period between 7 and 8 weeks.

In 6 to 8 weeks, you can expect to see the Sour Bubble marijuana strain beginning to flower. As an average-yielding strain, the Sour Bubble can produce 1 to 3 oz per square foot.

When smoked or converted into an edible form, the flavor of the Sour Bubble strain is best described as Grape, Strawberry, and Lemon.

Not all Sour Bubble Seeds are made equal, and the genetics can depend heavily on the breeder. Below you can find a list of available breeders of Sour Bubble seeds to help identify which is the best for you. 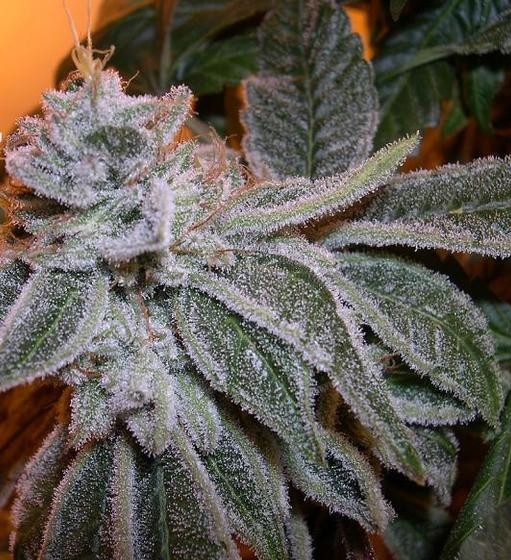 How to Breed Sour Bubble Seeds

BOG Bubble is a indica-dominant hybrid cultivated by B.O.G. Seeds. These ..

Ancestry and DNA - Children of the Sour Bubble Strain

Below you can find a list of strains which were bred from Sour Bubble in an attempt to leverge it's medicinal properties and growing attributes.

Bred by The Farm Dna, Humdinger OG is a predominantly indica strain culti..

Coming from the ever-popular Sour Diesel, OG Kush, and Chemdawg family me..

Developed by The Farm Dna, Mighty Glue was developed to be a tried-and-tr..

Created by crossing The Remedy with Sour Bubble, Cherry Mender is a predo..

There are no questions about smoking Sour Bubble marijuana. Ask one?

There are no questions about smoking the Sour Bubble strain. Ask one?

There are no pictures of the Sour Bubble marijuana strain. Share one?