Marijuana Strain
Sweet Tooth was awarded 1st place at the High Times Weed Cup in 2001, and as you can probably guess from the name, it features a tastey smell of ferns and berries that accompanies it. The strong colas of this sensible hybrid tend to be candy-coated with trichomes, supplying uplifted and euphoric effects that tend to be fantastic for combating stress and migraines. Developed by Barney's Farm, Sweet Tooth's dna sprout from blending landrace strains from Afghanistan, Hawaii, and Nepal.

When smoked or converted into an edible form, the flavor of the Sweet Tooth strain is best described as Sweet, Pine, and Woody.

Not all Sweet Tooth Seeds are made equal, and the genetics can depend heavily on the breeder. Below you can find a list of available breeders of Sweet Tooth seeds to help identify which is the best for you. 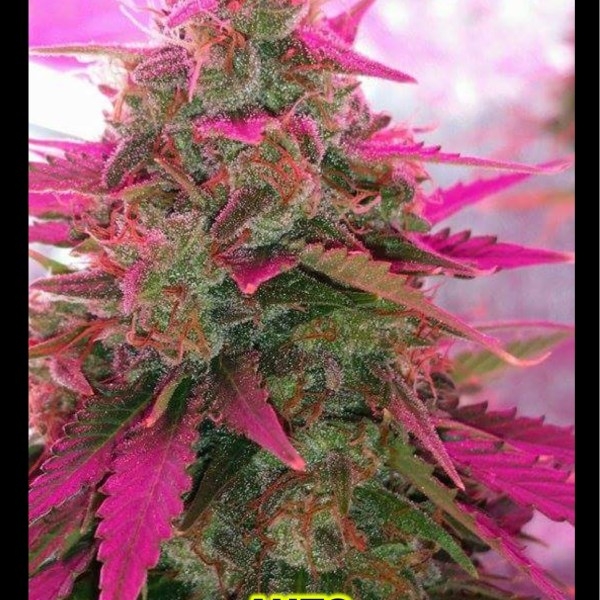 How to Breed Sweet Tooth Seeds

Ancestry and DNA - Children of the Sweet Tooth Strain

Below you can find a list of strains which were bred from Sweet Tooth in an attempt to leverge it's medicinal properties and growing attributes.

Harmonia is an indica strain created by mixing a Pure Kush and LA Confide..

Concord Grape Blockhead is a perplexing Blockhead phenotype engineered by..

Digweed is a predominantly indica strain that was named immediately after..

Developed in British Columbia by BC Bud Depot, BC Sweet tooth is a predom..

An predominantly indica hybrid, Blockhead isn't for the inexperienced use..

There are no questions about smoking Sweet Tooth marijuana. Ask one?

There are no questions about smoking the Sweet Tooth strain. Ask one?

There are no pictures of the Sweet Tooth marijuana strain. Share one?