Marijuana Strain
White Choco by Amsterdam Dna is an enticing cross of White Russian and Chocolope. This marijuana strain is gaining a dedicated following in The Netherlands for its sweet and spicy chocolate taste profile and also its functional, soothing happiness. White Choco's sweetly spiced taste profile gives way to an activating and heady buzz in small doses, although with heavier consumption, White Choco may stimulate appetite and promote sleep. It has a 8-9 week growing period and can produce large harvests in the hands of capable growers.

When smoked or converted into an edible form, the flavor of the White Choco strain is best described as Spicyherbal, Sweet, and Earthy.

Not all White Choco Seeds are made equal, and the genetics can depend heavily on the breeder. Below you can find a list of available breeders of White Choco seeds to help identify which is the best for you. 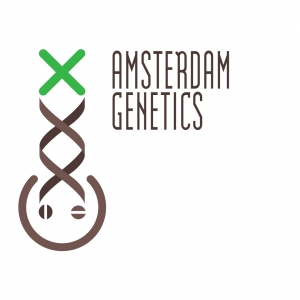 How to Breed White Choco Seeds

Lineage As far as the White Russian's lineage is concerned, there are so..

Ancestry and DNA - Children of the White Choco Strain

Below you can find a list of strains which were bred from White Choco in an attempt to leverge it's medicinal properties and growing attributes.

Chocolony by Amsterdam Dna is the product of an extensive breeding progra..

There are no questions about smoking White Choco marijuana. Ask one?

There are no questions about smoking the White Choco strain. Ask one?

There are no pictures of the White Choco marijuana strain. Share one?