Marijuana Strain
Champagne Kush is a predominantly indica hybrid that adds a number of characteristics suited to different tastes and ailments. Accompanied by an appealing and palpable weight on the limbs coupled accompanied by a heady, considerate mind, this strain of cannabis adapts to the patients needs with dosage. On the lighter end, expect a headier trip with mood enhancing effects that typically lead to a sense of well-being. Although with continued consumption, this strain of cannabis can lead to a weighted body and mind that feels meditative at its core.

When smoked or converted into an edible form, the flavor of the Champagne Kush strain is best described as Lavender, Pungent, and Skunk.

Not all Champagne Kush Seeds are made equal, and the genetics can depend heavily on the breeder. Below you can find a list of available breeders of Champagne Kush seeds to help identify which is the best for you. 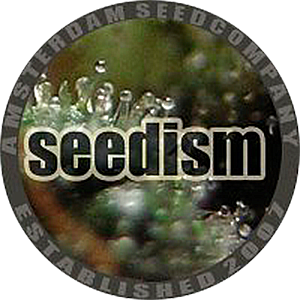 How to Breed Champagne Kush Seeds

This hybrid strain is essentially half sativa and tends to give consumers..

Ancestry and DNA - Children of the Champagne Kush Strain

Below you can find a list of strains which were bred from Champagne Kush in an attempt to leverge it's medicinal properties and growing attributes.

Champagne Diesel is a mouth watering mixture cross between Sour Diesel an..

Sherbet by Gabriel Pot is a special cross of a Champagne mother along wit..

A descendent of the prominent Blue Dream and luxurious hybrid Champagne K..

There are no questions about smoking Champagne Kush marijuana. Ask one?

There are no questions about smoking the Champagne Kush strain. Ask one?

There are no pictures of the Champagne Kush marijuana strain. Share one?