Marijuana Strain
Blue Kripple is a indica-dominant hybrid developed by Dr. Krippling. This strain of marijuana brings with each other the soothing, medicinal properties of Medicine Man and Blue Rhino, while the influence of Big Bud enhances Blue Kripple with heavy, oversized colas and large harvests. The pacifying indica effects cradle you with full-body relaxation and encourage nighttime use for stress, pain, and insomnia.

When smoked or converted into an edible form, the flavor of the Blue Kripple strain is best described as Berry, Grape, and Butter.

Not all Blue Kripple Seeds are made equal, and the genetics can depend heavily on the breeder. Below you can find a list of available breeders of Blue Kripple seeds to help identify which is the best for you. 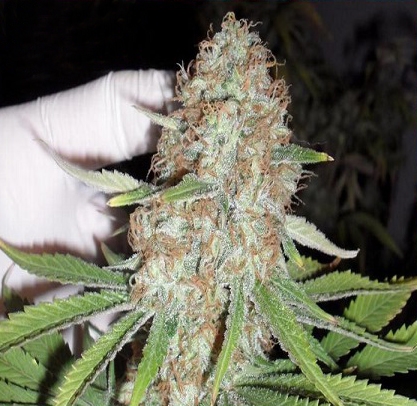 How to Breed Blue Kripple Seeds

Blue Rhino is a powerful cross of Blueberry and White Rhino that incorpor..

There are no questions about smoking Blue Kripple marijuana. Ask one?

There are no questions about smoking the Blue Kripple strain. Ask one?

There are no pictures of the Blue Kripple marijuana strain. Share one?