Marijuana Strain
Jack Skellington by TGA Dna is a 70% sativa spin-off of Killer Queen and Jack the Ripper. TGA sought out the many resin-heavy characteristics of each predecessor for an ideal, crystal-coated offspring. Accompanied by a fruity citrus and diesel odor, Jack Skellington promises an intensely psychoactive experience that brings creativity and introspection to a new level. Jack Skellington ferns in 8 weeks inside and thrives in sea of green (SOG) setups.

When smoked or converted into an edible form, the flavor of the Jack Skellington strain is best described as Diesel, Citrus, and Earthy.

Not all Jack Skellington Seeds are made equal, and the genetics can depend heavily on the breeder. Below you can find a list of available breeders of Jack Skellington seeds to help identify which is the best for you. 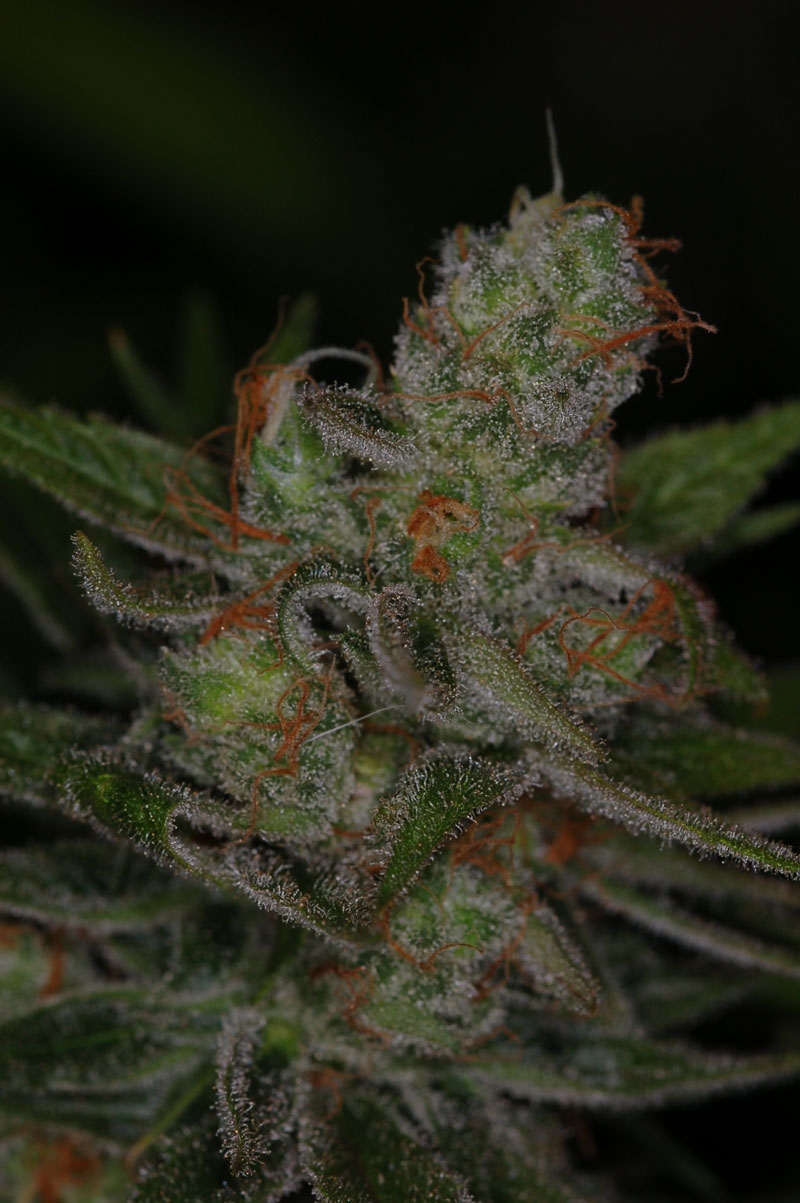 How to Breed Jack Skellington Seeds

A British Columbia native, Killer Queen is the outcome of an imaginative ..

Ancestry and DNA - Children of the Jack Skellington Strain

Below you can find a list of strains which were bred from Jack Skellington in an attempt to leverge it's medicinal properties and growing attributes.

Prismatic Jack by Pilot Farms is a soothing and happy hybrid strain. This..

There are no questions about smoking Jack Skellington marijuana. Ask one?

There are no questions about smoking the Jack Skellington strain. Ask one?

There are no pictures of the Jack Skellington marijuana strain. Share one?