Marijuana Strain
Meet Headband, the love-child of weed power couple, OG Kush and Sour Diesel. The smooth, creamy smoke is accented by flavors of lemons and diesel while the long-lasting effects tend to be wonderful for pain relief, helping you to relax, and to combat elevated stress levels. Several report that the effects build a slight pressure around the crown of their head and feels as though they tend to be wearing a headband. The effects have been understood to come on slow, so pace yourself with this powerful hybrid.

When to Harvest Headband ‐ Flowering Time

Headband can flower in as little as 6 weeks, much faster than many other marijuana strains. Headband marijuana plants are a high yield marijuana strain, producing between 3 and 6 oz of cannabis per square foot of grow space.

When smoked or converted into an edible form, the flavor of the Headband strain is best described as Diesel, Lemon, and Earthy.

Not all Headband Seeds are made equal, and the genetics can depend heavily on the breeder. Below you can find a list of available breeders of Headband seeds to help identify which is the best for you. 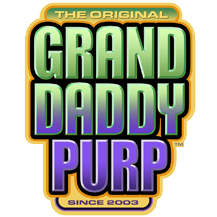 How to Breed Headband Seeds

Below you can find a list of strains that are parents and predecessors which led to the medicinal effects and properties of the Headband cannabis strain. It was through the breeding of these strains which led to the production of Headband marijuana seeds, while attempting to cultivate their combined effects and therapeutic properties. To breed your own Headband seeds, you would need to cultivate a mixture of the following strains:

Ancestry and DNA - Children of the Headband Strain

Below you can find a list of strains which were bred from Headband in an attempt to leverge it's medicinal properties and growing attributes.

Bubba's Bitch is a proprietary cross from Garrett Gardens out of Dewitt, ..

Purple Headband is a 50/50 hybrid strain that mixes the well known Headba..

There tend to be several genetic combinations that fall under the name Ji..

The 3 Kings pot strain, a, awesome mixture of Headband, Sour Diesel, and ..

As its name implies, Sour Headband is a spin-off of two of the many promi..

There are no questions about smoking the Headband strain. Ask one?

There are no pictures of the Headband marijuana strain. Share one?

Why are the stems purple
0 0


Why are the stems purple