Marijuana Strain
Raindance by Greenpoint Seeds is a vigorous marijuana variety with quick vegetative growth along with a generous harvest. A cross of Deadhead OG x (Chemdawg 4 x Chemdawg BX), this marijuana strain is a fast and vigorous take on the OG and Chemdawg genetic lines, with powerful emphasis on chemical aromas. Users should also detect a pungent, skunky scent dominated by tart lemons, pine needles, and diesel fumes. Raindance is primarily predominantly indica, although also offers appealing transcending effects. It might be utilized for midday pain, anxiety, depression, and general decompression immediately after a long day. This is a must for OG and Chem lovers!

When smoked or converted into an edible form, the flavor of the Raindance strain is best described as Tropical, Flowery, and Sweet.

Not all Raindance Seeds are made equal, and the genetics can depend heavily on the breeder. Below you can find a list of available breeders of Raindance seeds to help identify which is the best for you. 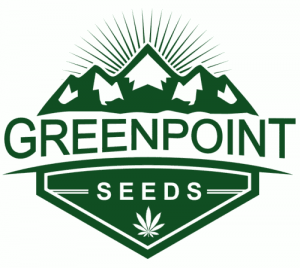 How to Breed Raindance Seeds

Below you can find a list of strains that are parents and predecessors which led to the medicinal effects and properties of the Raindance cannabis strain. It was through the breeding of these strains which led to the production of Raindance marijuana seeds, while attempting to cultivate their combined effects and therapeutic properties. To breed your own Raindance seeds, you would need to cultivate a mixture of the following strains:

Part of the famed line of Chemdawg strains, Chemdawg 4 is unlike its coun..

There are no questions about smoking Raindance marijuana. Ask one?

There are no questions about smoking the Raindance strain. Ask one?

There are no pictures of the Raindance marijuana strain. Share one?