Marijuana Strain
This strain emerged from the Humboldt County, California and that area's telephone area code is the source of its numerical moniker. It's a combination of Sour Diesel, OG Kush and Master Kush. 707 Headband flowers grow in 9 to 11 weeks and typically have large harvests. An indica dominant hybrid, this cannabis strain is understood to have high levels of thc and can be potent, yet it's sensible enough to leave many patients feeling “heady” and inspired rather than sleepy. Due to this, it's frequently used to treat tension and anxiety.

When smoked or converted into an edible form, the flavor of the 707 Headband strain is best described as Earthy, Woody, and Citrus.

Not all 707 Headband Seeds are made equal, and the genetics can depend heavily on the breeder. Below you can find a list of available breeders of 707 Headband seeds to help identify which is the best for you. 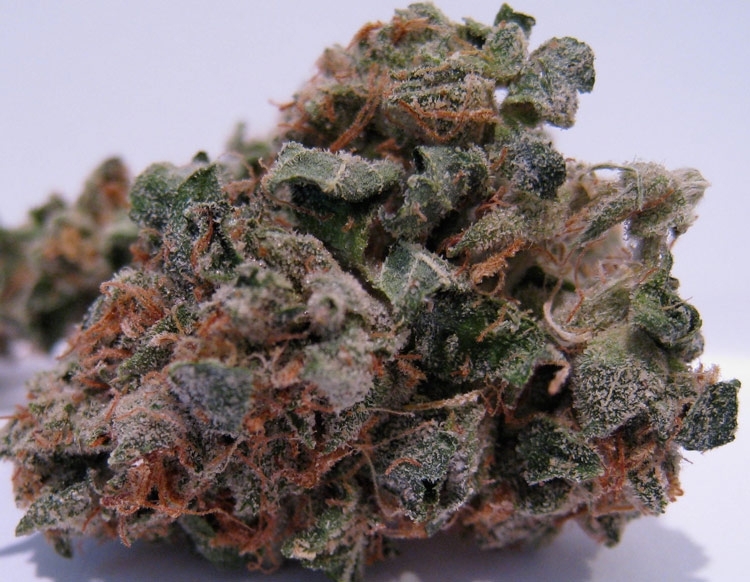 707 Headband by BC Bud Depot

How to Breed 707 Headband Seeds

Ancestry and DNA - Children of the 707 Headband Strain

Below you can find a list of strains which were bred from 707 Headband in an attempt to leverge it's medicinal properties and growing attributes.

Bandana is a hybrid strain that mixes Banana OG and 707 Headband, inherit..

There are no questions about smoking the 707 Headband strain. Ask one?

There are no pictures of the 707 Headband marijuana strain. Share one?

What are some common issues people have while growing headband. Also is it a heavy or light feeding strain?
0 0

My two 707 headband are about 3 weeks old and starting to yellow on new growth. I'm in soil using organ..


What are some common issues people have while growing headband. Also is it a heavy or light feeding strain?

My two 707 headband are about 3 weeks old and starting to yellow on new growth. I'm in soil using organic ammendments and teas so I can't imagine it's a nitrogen deficiency. Any help is appreciated.